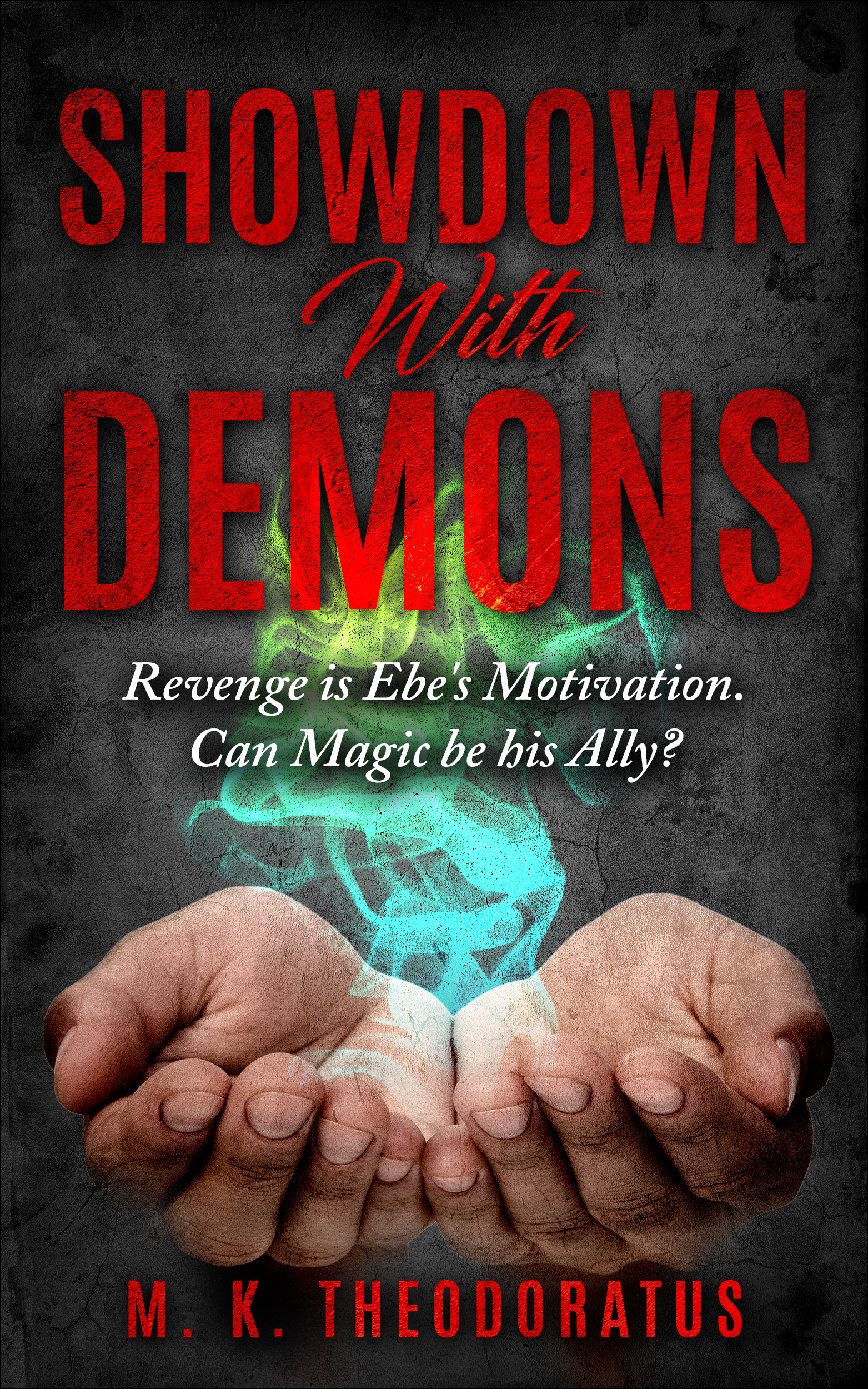 About Showdown With Demons by M. K. Theodoratus

5***** Reviews: “a strong blend of adventure, magic, and feel-good heroism” & “The writer keeps the reader’s attention and the suspense rolling with a well-crafted solid plot!”

When Ebe’s dog, Dipper, goes missing, the widower expects help from his new neighbors. It’s the way of the mountain community. However, when Rabler, leader of the lowlanders, threatens to kill his dog if he sees the animal, Ebe begins to suspect the newcomers hide something more sinister than raising attack dogs. Unfortunately, authorities turn a blind eye to their bullying activities.

Ebe turns to the reclusive Dissenters, a people with magical powers who live deeper into the Sierra foothills, once led by his former teacher, Old Nance. When a young man, Ebe had tried to join the mage community, but he didn’t control enough magic to be accepted. Though Nance tries to help her former student, she only manages to anger the bullies. A gang of them murders her for interfering with their lucrative business.
To regain his self-respect, Ebe must find a way to revenge her against “dog farmers’ with little magic and fewer allies.

Showdown at Crossings is a classic fight of good against evil, where revenge and redemption drive Old Ebe into a deadly confrontation against enormous odds. The e-story, along with Night for the Gargoyles, is a prequel to M. K. Theodoratus’ novel: There Be Demons–with the telling of why Britt’s Granny Nan wasn’t there to help the teen fight the demons invading Trebridge.

This Fantasy book is available in these Formats: eBook