You are here: Home / Archives for Metaphysical & Visionary 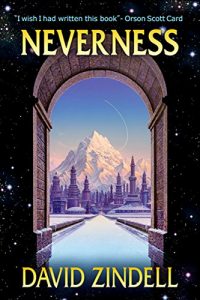 In an age of exploding stars and other cataclysmic galactic events in which Homo sapiens has long since split into different kinds, Mallory Ringess becomes a pilot of the Order of Mystic Mathematicians and Other Seekers of the Ineffable Flame. His quest to find the Elder Eddas – nothing less than the secret of life embroidered in humanity’s oldest DNA – will lead him from Neverness’s streets of colored ice into the deadly manifold: the “space beneath space” whose topology writhes and twists with hideous complexity like a nest of psychedelic snakes.

In his lightship named The Immanent Carnation, Mallory journeys far across the Milky Way and enters the Solid State Entity: a nebula-sized brain composed of moonlike biocomputers analogous to neurons. There he is tested. In the journeys and war that follow, he begins to grasp the infinite possibilities of evolution and what he will need to sacrifice in order save humankind from destruction and change the course of the universe.

Neverness is the internationally bestselling novel that introduces the epic The Neverness Cycle. If you enjoy big-idea science fiction that explores the possibilities of consciousness, intelligence, technology, and evolution – all wrapped up in a page-turning, great adventure – you’ll love this book.

Buy Neverness today to join in an ancient quest that continues into the far and unimaginably glorious future. 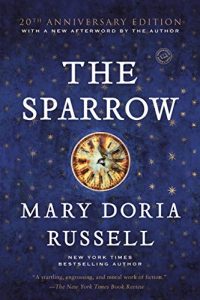 A visionary work that combines speculative fiction with deep philosophical inquiry, The Sparrow tells the story of a charismatic Jesuit priest and linguist, Emilio Sandoz, who leads a scientific mission entrusted with a profound task: to make first contact with intelligent extraterrestrial life. The mission begins in faith, hope, and beauty, but a series of small misunderstandings brings it to a catastrophic end. 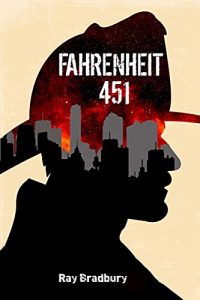 Fahrenheit 451 tells the story of Guy Montag and his transformation from a book-burning fireman to a book-reading rebel. Montag lives in an oppressive society that attempts to eliminate all sources of complexity, contradiction, and confusion to ensure uncomplicated happiness for all its citizens.