You are here: Home / Archives for Fairy Tale 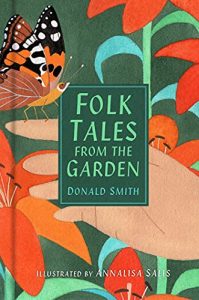 The garden is an oasis, a pocket of nature in our busy modern lives, full of plants, animals, insects – and a fair bit of magic.

Folk Tales from the Garden follows the seasons through a year of stories, garden lore and legends. Explore the changing face of nature just outside your front door, from the tale of the Creator painting her birds and the merits of kissing an old toad, to pixies sleeping in the tulips, and an unusually large turnip.

Buy Folk Tales from The Garden by Donald Smith Here 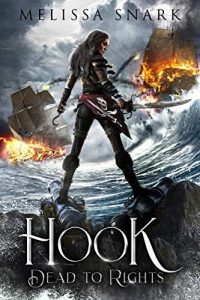 Neverland is a wondrous isle of adventure.
Neverland is a cruel lie.
Children follow Peter Pan believing their dreams will come true—to never grow up.

Surprise, surprise… they never will. The children Peter Pan abducts are murdered or meet a grimmer fate.

I’m the child who escaped Peter’s treachery. I’ve made it my life’s calling to rescue the Lost Boys, even those who don’t wish to be saved. Now Pan has a schooner he’s using to steal even more children. I’m the only one who can stop him.

Call me Hook. I am the master and commander of a pirate ship, and I’ll have my revenge on Peter Pan if it’s the last thing I do. 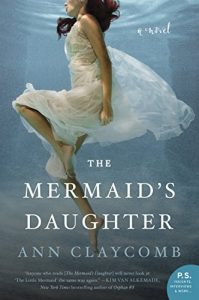 A modern-day expansion of Hans Christian Andersen’s The Little Mermaid, this unforgettable debut novel weaves a spellbinding tale of magic and the power of love as a descendent of the original mermaid fights the terrible price of saving herself from a curse that has affected generations of women in her family.

Kathleen has always been dramatic. She suffers from the bizarre malady of experiencing stabbing pain in her feet. On her sixteenth birthday, she woke screaming from the sensation that her tongue had been cut out. No doctor can find a medical explanation for her pain, and even the most powerful drugs have proven useless. Only the touch of seawater can ease her pain, and just temporarily at that.

Now Kathleen is a twenty-five-year-old opera student in Boston and shows immense promise as a soprano. Her girlfriend Harry, a mezzo in the same program, worries endlessly about Kathleen’s phantom pain and obsession with the sea. Kathleen’s mother and grandmother both committed suicide as young women, and Harry worries they suffered from the same symptoms. When Kathleen suffers yet another dangerous breakdown, Harry convinces Kathleen to visit her hometown in Ireland to learn more about her family history.

In Ireland, they discover that the mystery—and the tragedy—of Kathleen’s family history is far older and stranger than they could have imagined. Kathleen’s fate seems sealed, and the only way out is a terrible choice between a mermaid’s two sirens—the sea, and her lover. But both choices mean death…

Haunting and lyrical, The Mermaid’s Daughter asks—how far we will go for those we love? And can the transformative power of music overcome a magic that has prevailed for generations?

Buy The Mermaid’s Daughter: A Novel by Ann Claycomb Here 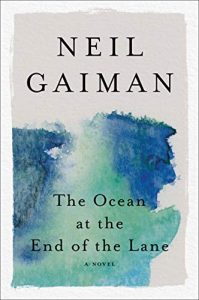 A brilliantly imaginative and poignant fairy tale from the modern master of wonder and terror, The Ocean at the End of the Lane is Neil Gaiman’s first new novel for adults since his #1 New York Times bestseller Anansi Boys.

This bewitching and harrowing tale of mystery and survival, and memory and magic, makes the impossible all too real…

Buy The Ocean at the End of the Lane: A Novel by Neil Gaiman Here