You are here: Home / Archives for Trenton Hall 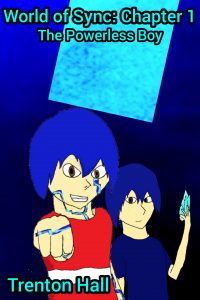 2 brothers, Kai and Ano, aim to join the Guardian brigade in their city. But on the day of the ceremony where they received their Syncs, small and personal objects that grant the user a boost in their natural power, Kai, who doesn’t have a power, receives a sentient Sync that only he can communicate with. With this, he and his future team must uncover the secrets that lie behind their world

Targeted Age Group:: 14 and Up

What Inspired You to Write Your Book?
My 2 favorite book series, Black Clover and Attack On Titan