You are here: Home / Archives for preteen 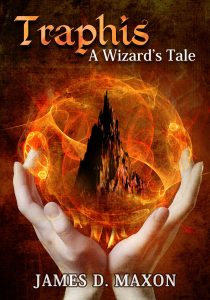 A year after the death of his father, fifteen-year-old Traphis stumbles across his father’s hidden collection of books. Forbidden from learning magic at a young age, he resolves to read the books in secret. Doors to a dark and formidable world begin to open, and a treacherous adventure awaits both him and his newfound friends. In their journey to fight the power of lies, betrayal, and greed, they discover that no matter how well they master their magic skills, they are powerless without the most important skills in life, such as the abilities to trust, care, and forgive.

What Inspired You to Write Your Book?
My love for fantasy stories. I started writing this book when I was 13-years-old but gave up because I just didn't know the craft well enough. Years later I heard that Christopher Paolini started writing Eragon at a similar age, which motivated me to try again. I spent the next two years researching the art of writing, submitting short stories, poems and novellas until I felt confident enough to rewrite Traphis.