You are here: Home / Archives for #mysterynovels 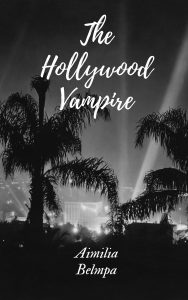 A paranormal mystery about Vampires and Hollywood!
From a Hollywood star to a Vampire! After the death of his Creator, Ricky Jones returns to the city that made him a star, Hollywood and he is forced to face the sins of his mortal self, Rudolf Morreti. Rudolf, as a human, was cinema’s biggest male superstar, the perfect Latino lover and the dream of every woman. Suddenly, he died under mysterious circumstances and shocked the whole world. The truth was that Rudolf was present at the wrong moment to the wrong place, and he paid the price by becoming a Vampire. Now Rudolf sad and lost is back to the only place in the world that feels familiar to him. However, he must face his former friends, his old enemies and the ghost of his dead wife with hopes to save the studio that made him a star from bankruptcy.

What Inspired You to Write Your Book?
My inspiration for that book was my love for old Hollywood movies.