You are here: Home / Archives for Mafia 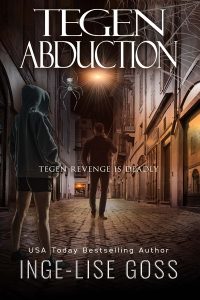 99 cents Pre-Order Special
When the Predator Becomes the Victim

Sara Jones, dead-set on wiping out organized crime, continues her quest to destroy an illegal drug plant in Albuquerque. But it’s been moved. Worse, a friend’s daughter disappeared along with the plant.

Tracking the new plant owner to Kansas City, Sara infiltrates his inner circle to gain information and uncovers a broader plot of murder and deceit. On a date with the owner’s nephew, Sara unexpectedly comes face-to-face with Conner Crussett, her crime boss boyfriend. He claims they have the same goal—to destroy the illicit plant. Last time he made that claim, things didn’t go well. Sara believes he has an ulterior motive for showing up in Kansas City.

Complicating an already dangerous game, word comes that an imprisoned Tegen, who blames Sara for her boyfriend’s death, has escaped. An enraged Tegen wanting revenge is capable of anything. Can Sara find the missing girl, destroy the illicit business and stop the vindictive Tegen?