You are here: Home / Archives for Karina Sumner-Smith 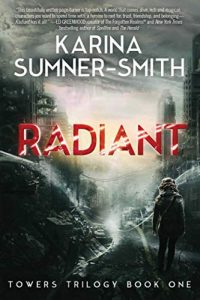 A girl who sees ghosts navigates a world of magical haves and have-nots, in the “ingenious, insightful debut” of a dystopian fantasy epic (Publishers Weekly, starred review).

In the City, magic guarantees a life free from illness, hunger and hardship—unless, of course, you have none. Without even a spark of bright magic, Xhea can’t even buy breakfast, let alone tell the City’s systems that she exists. But she does have a special gift: an ability to see ghosts and control the tethers that bind them to the living world.

Xhea thought she knew everything about ghosts—until she took possession of Shai, the ghost of a girl who hasn’t actually died. Suddenly Xhea finds herself hunted through the Lower City’s dangerous streets. Because Shai’s body has been stolen, her ghost is running scared, and Xhea is now trapped between two powerful entities that will stop at nothing to regain the girl, dead or alive.

But soon the manhunt for the living ghost is eclipsed by the strange power that Shai’s presence brings to life in Xhea: a dark magic that is slowly growing in power. A magic whose very touch brings death…

In this “captivating start” to the Towers Trilogy, a multiple Nebula nominee invites readers into a dark and dangerous world that is about be changed by two remarkable girls (Publishers Weekly, starred review).