You are here: Home / Archives for hugo v. negron

Forging of a Knight, Against the Alliance by Hugo Negron

Despite warnings from the Kings of the Alliance and the elves of Hermstingle, a disgraced knight named Qualtan moves forward with his knightly Order, prompting war against his former allies. Only one thing can save them all: for Qualtan to reproduce the quest his uncle and father had undertaken many years ago to defeat Those That Stand in Shadow – to find the Master of the Great Beasts, the Dragon King, and bring him back in time to stop the battle.

END_OF_DOCUMENT_TOKEN_TO_BE_REPLACED 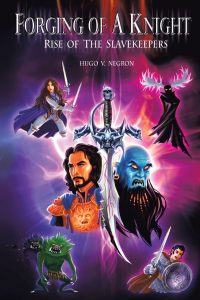 The second book in the Forging of a Knight series! Qualtan has become a knight at last. With Glaive, the half-orcne thief by his side, he will join a host of new friends: Jesepha, the strong-willed female knight; her mentor, the elder knight Bartholomew, who carries a strange secret; the young and hot-headed knight Euric; the glum and impatient knight Richard; and the dashing merchant lord Visandus.

A seemingly routine mission will unravel into one of greater horror, involving inter-dimensional creatures, rival sea-faring pirate nations, and a face-to-face confrontation between Qualtan and Darksiege, one of Those That Stand in Shadow, at last! Should they somehow prevail, it will just be a precursor to an even GREATER threat!

Buy Forging of a Knight, Rise of the Slavekeepers Here 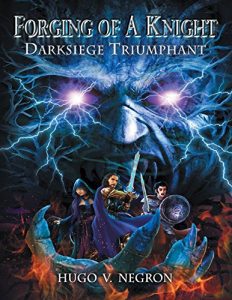 Ebook version on sale 10/6-10/14 for a spooky .99 cents! A betrayal from the School leads Darksiege, last of Those That Stand in Shadow, with the means to achieve ultimate power at last. A mighty artifact, divided and cast into different realms, will spell doom if found. Qualtan, Glaive, Cassandra, and Bartholomew will travel to places dark and terrible, including present-day Earth, to prevent Darksiege from gaining the victory he craves, but all is not as it seems.

Have Darksiege and his opponents been deceived into playing a much deeper game? Will Qualtan be forced into an unholy alliance with his mortal enemy to uncover the TRUE foe that menaces them all? 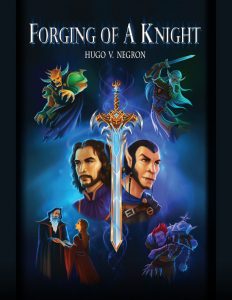 The first book in the Forging of a Knight series – ebook version on sale for .99 cents 10/6-10/14. A Halloween howl! A battle against the forces of Those That Stand in Shadow brings an end to an old hero and a beginning for a new one. Together with a half-orcne thief named Glaive, a young warrior named Qualtan must battle through undead hordes, shape-shifting maugs, hungry trolls, and more on his journey to become a knight. Along the way, he learns the world isn’t as simple as he first thought. Good and evil are not always what they seem, close friends can be deadly enemies, and loyalty can sometimes be rewarded with treachery. Even if Qualtan can grow from these lessons, a greater one will need to be faced: can an unexpected friendship with a thief of orcne blood, despised by all, support his chance for knighthood, or ruin it altogether?

Buy Forging of a Knight Here 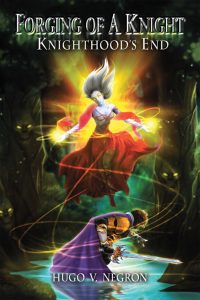 Book Five in the Forging of a Knight series! For the sake of a forbidden love, Qualtan will find himself on the run with a Mah-Zakim to free her from her curse, or be consumed by it. No longer a knight, his friends now turned against him, how great will the price be that must be paid? Can a Mah-Zakim truly love back, or has the curse that has followed the First Knight for so long come true at last? 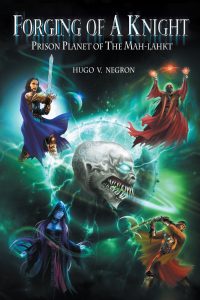 Book Three in the Forging of a Knight series!

Heroes of the past and present will unite against Those That Stand in Shadow. From the jungles of the Third Continent to a Prison Planet forged by angels, the Arch-Mages and their champions will find themselves in a race against time to prevent Shaz and his agents from finding the Dark Ones’ demonic fathers and releasing them from bondage. Enemies will become allies and allies will become foes in the ultimate confrontation with evil that will span two continents, new lands, and new terrors!

Buy Forging of a Knight, Prison Planet of the Mah-Lahkt Here