You are here: Home / Archives for heroic fantasy 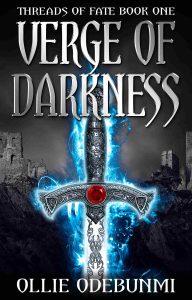 Casca is no hero. He would rather run his tavern, while indulging in his pastime of poring over ancient manuscripts. But a dark shadow hovers over him, for his bloodline has been burdened with the task of protecting the land from the evil of soul eaters dismissed as nothing more than myth by many. Drunken tales told in taverns.

They were wrong. The soul eaters return after the barrier between worlds falls, leaving horrific death and desolation in their wake. Casca must face up to responsibilities he is ill-equipped to bear, as the land teeters on the edge of ruin.

But the threads of fate weave, drawing three mighty warriors into the maelstrom.
Pagan, a wanderer from the furthest corner of the world, seeking redemption for a gruesome act of vengeance committed in his youth. Moon, a one-eyed giant axeman from the frozen north, and Liang, an ice-cold swordswoman from the eastern continent.

With their very souls at stake, and forced to face their deepest darkest fears, the four must battle to save the land from sliding into a new age of darkness.

What Inspired You to Write Your Book?
I grew up as a big fantasy fan with ambitions to emulate authors such as Karl Edward Wagner, Raymond E Feist and David Gemmell. But it was a scary prospect, so I settled for writing a book on boxing – The Last Great Heavyweights-from Ali & Frazier to Lewis & Tyson. The book was well-received, persuading me I had the chops to be a writer, so I took the plunge and wrote Verge of Darkness.