You are here: Home / Archives for Forbidden Origins 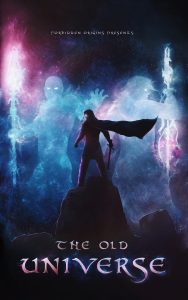 -Star Wars meets The Lord of the Rings in this debut epic fantasy about a universe before our own caught in the middle of a war led by a son who finally wishes for freedom across the cosmos.-

No one knows where the Spears came from, but they do know that the Spears of Time and Space created the universe. They know that The All Father yields the Spear of Space. They know that his planetary kingdom looms over every star, every galaxy, and every world-casting a shadow of fear and servitude. They know that serving The Black Palace is a matter of life or death.

Corrin knows this as well. Being a herald for The All Father has made him into a symbol of war and anguish. Devastation always follows when Corrin enters a planet’s atmosphere sporting The Black Palace banner. But to Corrin, enough is enough.

The Old Universe launches an epic, gut wrenching, and powerful series that takes readers on a journey back to witness the beginning of the end.

Targeted Age Group:: 16 and above

What Inspired You to Write Your Book?
We've been best friends since we were kids. Over 10 years ago we came up with the idea of The Old Universe and ever since then we worked on, revised it, and finally published it this year under the banner of our publishing company, Forbidden Origins.