You are here: Home / Archives for “Fiction” 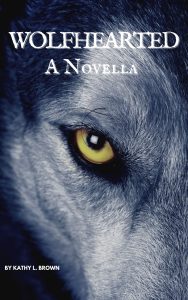 Bargain Book Under $3
Runa, alone, survives the massacre.
But a traitorous mage has captured her king’s essence—his vital energy, linked to a long line of wolf-shifter rulers. Unless Runa can recover that power by dawn, the mage will command not only her, but also her kindred. Yet Runa is the weakest of the pack. Her quest will fail unless she finds help, and the dark winter woods is deserted but for a small dog and a young soldier.
Prince Paolo is eager for adventure and stirred to action by Runa’s ordeal. As they learn to respect each other’s unique skills, attraction blossoms. But the mage is a trusted figure from Paolo’s past. And he’s filled his lair with marvelous steam-powered machinery and ambitious plans for the prince’s future. Paolo can’t help but have second thoughts about Runa’s story and must choose between his promise to Runa and the life he’d hardly dared to envision.
Can Runa recover the king’s essence and protect her kindred? The answers lie in the wolf’s very heart.

END_OF_DOCUMENT_TOKEN_TO_BE_REPLACED 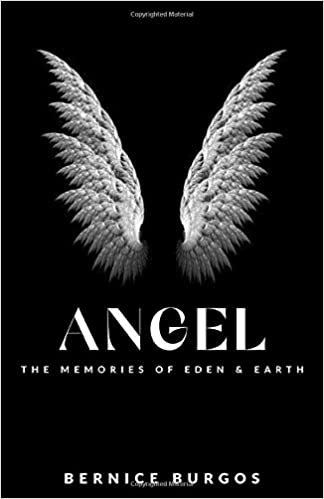 Angel: The Memories of Eden and Earth by Bernice Burgos

Angel is a young child living a normal celestial life in the beautiful city of Eden. She is adored by her grandfather, the Ol’mighty man himself, and her uncle, who isn’t much of a great role model. Angel’s life takes a drastic turn when she is selected, by the Divine Right, as the protector of the Human race and is ordered to Earth on her sixteenth birthday to fulfill her duties. Her first mission, to protect the Humans from one of her own kind. A dangerous and violent Angel turned rouge, named Joseph. Angel’s adventure leaves her traveling through time, encountering unfriendly Humans, meeting other supernaturals, and having her slightly lose her faith in humanity and her spirituality. Her tale begins with her unforgettable memories of Eden but takes a turn during her journey on Earth.
If you love paranormal and supernatural stories about Angels, Demons, and Vampires then you are in for a thrilling adventure.

END_OF_DOCUMENT_TOKEN_TO_BE_REPLACED

Tree of Lives by Elizabeth Garden

Based on true events, Tree of Lives is a riveting two-track story of a horrific public murder in 1930 that became a long buried family secret. The lost ghost of the murderer, Raymond, roams the earth until his abused great niece, Ruth, a promising artist, confronts her deeply troubled family. It is a story of unfolding forgiveness, survival and triumph over unaddressed trauma as this determined woman navigates her thorny life path. Illustrated.

END_OF_DOCUMENT_TOKEN_TO_BE_REPLACED

Like any young guy Adam Kyle was never one to turn down a party, especially when the host was a gorgeous brunette with wealthy parents.

The venue was eccentric and strange to say the least but money could buy these standout items most people never got near.

A great time was had by all and Adam barely remembered who he was by the time he passed out.

How he would come to wish he had never gone as he emerged from the post-party delirium into a nightmare encounter with the Demon Deity –
‘Re-Henne’.

Was he dreaming, fantasising or awakening to reality……..?

Either way, Adam just wanted it to end…..
NOW!!