You are here: Home / Archives for Dwarves

END_OF_DOCUMENT_TOKEN_TO_BE_REPLACED 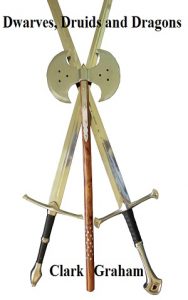 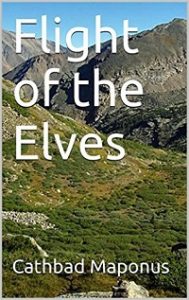 The Mountain Elves have lost the battle against the Plains Elves. Now, the enemy has sent a cavalry unit to destroy the Clans! A lone survivor, sub-Chieftain Adrianna Ayalla, races to save the Clans and lead them to a high plateau, where she hopes to defend them. Along the way, she takes some of her own revenge – and leads the Clans into the dangerous cursed caverns. She has also unwittingly made an enemy of a powerful dragon – and that enemy could spell the end of the Clans, if the cavalry doesn’t do it first!

Buy Flight of the Elves Here 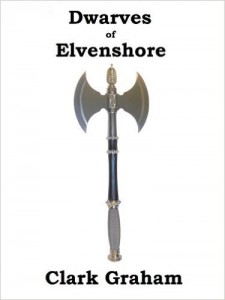 A simple walk in the forest, found Sarchise face to face with four dwarves. They had not come out of High Mountain in generations. Little did he know at the time this chance meeting would set in motion, epic battles and the very existence of Elvenshore would hang in the balance. Should he save the dwarves, or leave them to their fate in the wilds of the Westwood? 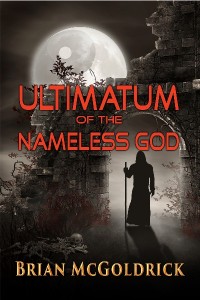 Taereun: Battleground of the Damned was never really a game. It was a testing ground to find minds and souls for the The Nameless God to use, and for tens of thousands of players, the game became reality, when they were put in the bodies of their characters. The Nameless God told them that he would return them to their real lives, if they fought through the Labyrinth of Yggr and freed his body from beneath the city of Haven. After searching for over 11 years, they found the Gate leading to Haven.

After being murdered right before the gate to Haven was opened, Mark McGuinness wakes up in a hospital in his original body. As a child, he was in an automobile accident. A freak whose body rejects most medical treatments, he was left scarred and disfigured. Angry, bitter and disgusted with the world, he had used Taereun: Battleground of the Damned to take out his frustration and anger, so he would not lose control and hurt or kill someone in real life. The closest he had ever come to being happy was living as Talon, during the eleven year search for Haven.

Having learned about the Power called ki, Mark McGuinness discovers that his human body is capable of channeling and using it. Once again armed with Power, he finds a way to travel from Earth to Taereun. He has questions he wants answered and people he owes. Whether mortal or divine, he will let no one and nothing stand in his way.

WARNING: For Mature Audiences Only. This story contains profanity and rather graphic descriptions of violence, gore, sex and sexual violence.