You are here: Home / Bargain Books Under $3 / Prophecy of Love by T. Satterfield 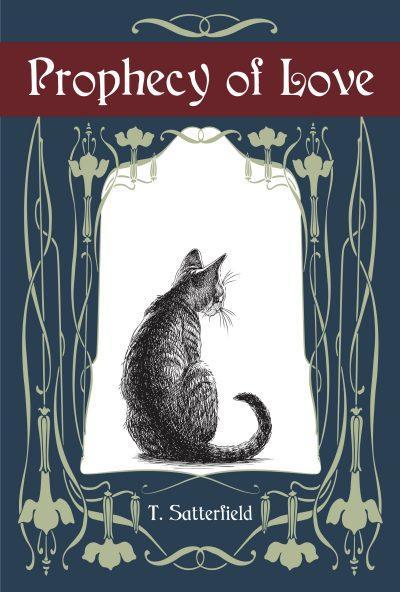 Prophecy of Love by T. Satterfield

Good guy Gabe Mendes is certainly passionate. He thinks love will make his life worth living. So he’s made a deal. In exchange for access to the universe of love he agrees to slay the black ram. But soon he learns, being unlucky in love isn’t his only problem. Turns out—love isn’t what he thinks it is.

By the time Gabe stumbles across the website of the alluring, though mature, Pythia—mystic and high priestess—he’s already failed miserably in love yet again. Raised by a hardworking single mom, never having known the full truth about his father, Gabe has spent his life faithful to three beliefs: follow the rules; don’t let anyone get too close; and avoid, at all costs, being honest about how you feel—especially with yourself. If it weren’t for Gabe’s steadfast companion, a cat named Cat, he might not know love at all.

But when the enchanting red-headed priestess dangles the keys that will unlock the secret answers to the long-asked questions of love, Gabe jumps at the chance. Before he knows it, things change—and fast. The entertaining Pythia takes him on a whirlwind journey traveling the portals of time and space. She’s got him questioning everything he’s ever thought about love. And if that weren’t enough, Gabe is beginning to believe this business about the black ram might cost him everything. It might just kill him.

Is Gabe really ready for love? Or has his haunted past already destined him to a lonely life? Poor Gabe, he’s about to learn there’s more than romance missing in his life.

What Inspired You to Write Your Book?
As a psychotherapist specializing in trauma resolution through the use of dynamic hypnotherapy and other modalities, I wrote Prophecy of Love to answer questions posed by my clients over the years. I find that most people I help have a distorted understanding of the meaning of love and its role in their life. So, I set out to help them gain a healthier understanding. The result, Prophecy of Love, is both fiction and inspirational nonfiction as a discussion on the meaning of love and life told through the story of its protagonist, Gabe Mendes.

I structured the story according to Joseph Campbell’s hero’s journey. Accordingly, Prophecy of Love delivers instructive content that explores the nature of love and life and how naturally-occurring experiences interconnect. Looking at love from biological, cultural, historical, psychological, religious, and spiritual perspectives, in Prophecy of Love, I utilize discussions on sex, trans-generational epigenetics, theories of attachment, morality, and intimacy, as well as quantum physics, to aid the reader in absorbing a broad and deep ecological integration on the examination of love.

My choice of fiction over the traditional non-fiction genre was intentional. Rich and multi-faceted forms of communication help the reader digest the sometimes-dense information. The novel format accommodates the breadth of information in a way that non-fiction cannot. Story chapters offer repeated opportunities to delve into complex concepts, each time from a new perspective and with unique literary stimuli, increasing assimilation of the rich and far-reaching factual information.

Like hypnosis, reading fiction stimulates a complex, interconnected system of the brain that activates embodied cognition, transporting the reader into the protagonist’s perspective, where a fantasy world becomes a playground of possibility in the reader. As if stepping into the protagonist’s shoes, the reader can visualize the main character’s adventures and sympathetically experience his mental and emotional states. This embodiment provides for a new understanding of information as well as a new pathway for healing trauma. In other words, in the familiar trance-like-state of reading a good book it is easier to narrow one’s focus for the purpose of examining one’s beliefs, challenging one’s personal narrative, and recreating one’s life with greater intention and purpose.

I know from my professional work that the power of your own imagination is profoundly necessary for cognitive change. It is my goal that you will lose yourself in the story so that it allows you the benefit of contemplation, reorganization, and integrated wisdom of new information.

How Did You Come up With Your Characters?
I’ve had many clients ask if they were the inspiration for Gabe and his quest for a meaningful romance. I love that! As an author, it warms my heart that they can see themselves in Gabe. For all Gabe’s self-doubt, negative self-talk, and generalized anxiety, Gabe is likeable. In fact, he’s downright loveable.
That might be because we all know what it’s like to live in our heads. Whether residing in that fantasy land is from past trauma or forecasting a catastrophic future of rumination, living anywhere but the present moment creates a lot of drama. And, as natural as living in real-time really is, turning off the internal dialogue often involves someone like Pythia.
From the pages of Prophecy of Love, biting his lower lip and running his hands through his curly-headed mess of dark, thick hair, Gabe comes alive in sweatpants and his beloved Spidey T-shirt. Like voyeurs with hands pressed peering into Gabe’s windows, we witness how Gabe’s feelings of helplessness have led to hopelessness and a distorted self-image. Just like Gabe, our self-doubt, negative self-talk, and anxiety lead to a lowered ability to see opportunities, as well as decrease our propensity to capitalize on them. Just at Gabe’s internal judgmental voice of authority limits his trust in his own wisdom, distorts his competence, and blocks his confidence, thus diminishing his potential—such is our fate as well.
Enter Pythia!
Lucky for Gabe, Pythia teaches him that creativity is imperative to healing. With her help, Gabe creates new neuropathways to challenge those insecure and needy contemplations. She helps Gabe get perspective and become his own best friend. Enlightened to the greatest asset of all—self-love—Gabe begins to remember the desire he once had for crafting a life centered in his own heart’s desire.
So, for all those wanting to know who inspired Gabe—the truth is that Gabe’s life on the page mirrors that of someone I dearly love. And as honest as that is, Gabe is also as much about me and my own angst; and that is precisely what makes Gabe real.

For joining the author’s email/newsletter list you will get:
Free chapter of Prophecy of love and a free first chapter of my upcoming book, Cupboard Love.