You are here: Home / Fantasy / Shield Maiden by Charley Case 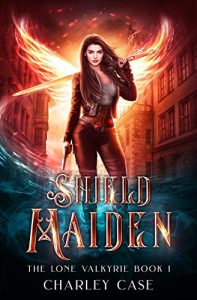 Every time a shot rings out a Valkyrie earns her wings. Mila is earning hers the hard way hunting down the monsters that have taken her sister.

It was supposed to be a simple scouting mission.

But the trail is leading her to an unexpected discovery. What if the things that go bump in the night start to slither out into the light?

An ancient horror, full of malice and nightmares, is coming to the Idaho Wilderness.​

She should probably run, but Valkyries don’t back down from a fight, no matter the risk.

Besides, there are lives at stake, and it’s a Valkyries job to choose the dead. The Dwarf King would be proud.

Buy the book, and follow the author on social media:
Get This Fantasy Book From Amazon.
Visit the Author’s Facebook Fan Page.

Author Bio:
Charles is a writer

He once ate an entire pizza then ran through the streets shouting to anyone that would listen that he was full.

Charles really doesn’t know what to write here… He made up that part about running through the streets and yelling. He has done that, but not after eating an entire pizza; though he has done that as well. Actually, everything so far is true, just not in the right order… That happens a lot.