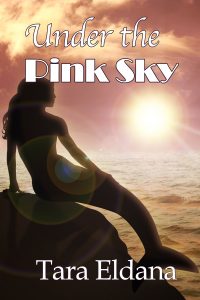 Sara Watson works in the HR department for a large investment firm and for years has had dreams about a guy with emerald green eyes in a place under water with a pink sky. Although in her waking life she is terrified of water, they make wild passionate love in her dreams in the Golden City under the sea. She thinks she’s crazy, even more so when he, Thane, walks into her office. Thane convinces her to come with him under the sea, even though she is terrified. But when Thane is injured and loses his memory, Sara is all alone in a strange world where she’s considered an outsider. Can Sara convince Thane she is his chosen mate, or will she be sent back to own world, doomed to a loveless, unhappy life?

Buy Under the Pink Sky Here